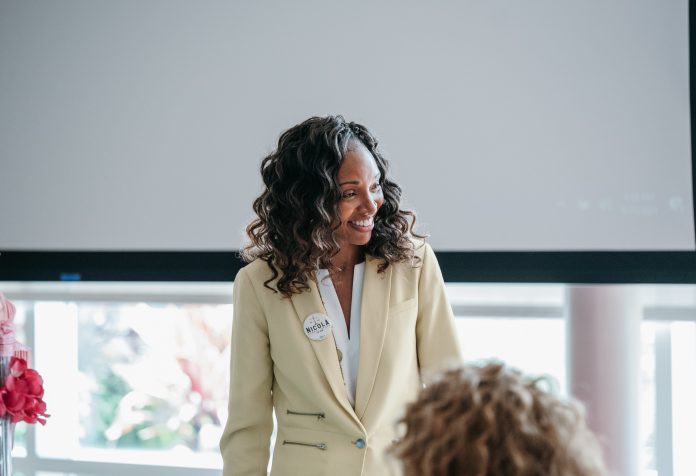 What role has the support of other women played in your success?

During my first year of Law school, I met two women who would be crucial to my success: Quita Bridges and Maureen Lally-Green. Quita was like a big sister to me and taught me how to be a professional Black Woman. Professor Lally-Green (later became Dean and a Superior Court Judge) became my Mentor and has remained in that role throughout my career. The ACBA Women in the Law Division has been my home in the legal community, and these ladies have helped me soar. Finally, during the campaign, my fellow women candidates and numerous women in Allegheny County, and Pennsylvania, supported me, pushed me, and inspired me to do my best.

Are you where you thought you would be and how did you get there?

As a Black woman immigrant from Brooklyn, New York, I have exceeded my wildest dreams. Only 5% of lawyers in America are Black despite being 13% of the population. Similarly, Black lawyers are underrepresented on the bench.

During the campaign, I was told that I should wait to run for Judge, and that I was too young (even though I am older than many of the white men that were running). I am grateful that I did not listen to those voices and instead listened to my mentors and supporters and looked back at people who came before me for inspiration.

3. What would you tell other women about overcoming obstacles?

“You should never view your challenges as a disadvantage. Instead, you need to understand that your experience facing and overcoming adversity is actually one of your biggest advantages.”

It is a recognition, encouragement, and acknowledgment of another Black woman’s accomplishment. It brings a smile to my face.

2022 Onyx Woman of the Year: The Honorable Tiffany Sizemore