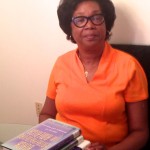 African and Hispanic Americans are poised to add over a trillion dollars each year to the American marketplace, according to economists. This coupled with the rapid growth of minority businesses would seem to trigger a change in how corporations are acquiring the goods they eventually bring to market. But for many major corporations the conversation surrounding supplier diversity has failed to be reframed.

In order for companies to remain competitive and stay abreast of the changing dynamics of the American marketplace, rather than viewing supplier diversity as a corporate obligation, it needs to become a strategic business priority.

When viewed in this manner, the role of supplier diversity professional should be to ensure that suppliers are not only the best at what they do and can compete on a global basis, but more importantly that corporations include women and minor- ity-owned businesses among their selec- tion. Acting in this way would signal a major shift in the role of the supplier diversity professional towards a more progressive consumer climate.

Instead, supplier diversity professionals have not made a very compelling case for their strategic importance; hence creating an environment where their positions could become obsolete. In haste to assist corporations in meeting their goals for diversity spending, professionals may have little time to evaluate the supplier’s purchasing power or long-term growth strategy. In these instances, the firms that are often chosen lack the structure to meet the needs of the corporation, and minority organizations with the potential to become big players in the supplier industry fail to be identified. This is one of the reasons minority firms remain small; only 3% of MBE firms generate one million dollars or more in annual revenues.

Corporate purchasing is tactical rather than strategic. It focuses on cost/benefit rather than competitive advantage. Sup- plier diversity is an add-on that tends to be viewed as an operating constraint or burdensome obligation. Success is defined in terms of diversity-spend and impact on corporate image; mostly to avoid nega- tive publicity. Advocacy and certification groups reinforce the old paradigm and cel- ebrate compliance rather than growth.

Check out our Your Stylish Ways Blog