Several years ago I realized that the onset of my low self- esteem was rooted in my environmental upbringing as a young child. It 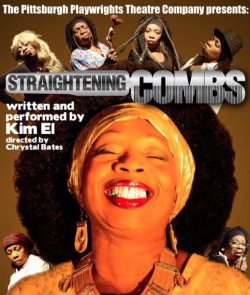 was the early 60’s and I grew up in a family full of love in Pittsburgh’s Hill District. I lived in a house with my mother, father and two sisters. We would often spend weekends at my grandparent’s house which was directly across the street from one of the Hill District’s housing projects. My grandfather, who was very dark-skinned, used to tell us that we couldn’t play with the kids who lived in the housing projects because they were dirty, bad and dumb. He never really said it, but he was signifying that because we lived in a house we were better than them. It was also during this young time in my life when I learned that dark skin, coarse hair, a wide nose and thick lips were aesthetically unattractive in American society. So, I accepted at an early age that as colored people we need to straighten our hair, bleach our skin, pinch our noses and do whatever we could do to look “pretty.” The 60’s were a self-loathing time for African-Americans.

Unfortunately, for many of us it sent a message that something was wrong with the way we looked. My low self-esteem didn’t hap- pen overnight, but I know that years of social brainwashing and a biased concept of beauty had a profound effect on my slowly deteriorating self-esteem.

I was 8-years-old when my mother and father decided to divorce. Subsequent economic hardships forced my mother to move my sisters and me into the projects. As a young child I overheard pre-conceived, scary stories about public housing. I was devastated about moving there. My mother made sure that my hair was always straightened and combed neatly into a nice ponytail with bangs. But I still had brown skin, big lips and was living in the projects! My subconscious convinced me that since I had become a product of this inner city environment, viewed by many as a step down in society, it was a definite indication that I had surely reached an inferior status.

In hindsight, when I moved into the projects as a young girl I was never deprogrammed about the environmental stigma of being “dirty, bad and dumb.” Only a few people shared with me the positive side of living there. So unconsciously, I believed those negative stereotypes and inferior opinions about myself as a “project kid.” My attitude was detrimental to my emotional growth which caused an unhealthy ripple effect on my self-image and self-esteem. It altered how I pursued employment [usually underestimating my work potential] and how I interacted with other people [inferiority complex]. My low self-esteem especially affected how I dealt with men. I was choosing too many males with red flags and ignoring the supermen with red capes. Unfortunately, a woman who thinks she has no self-worth and that she is in essence substandard, may unknowingly choose a partner who disrespects her because of her lack of self-respect. Ultimately, a combination like mine has the potential to lead to an abusive relationship.

Luckily, cognitive therapy, vitamins and healthy living changed my mindset and defused much of my negative mental clutter of inadequacy. I learned that self-esteem starts on the in- side. Nowadays, I’m ok with my hair, with my skin and with who I was born to be. I’ve definitely regained confidence in my self- worth and self-esteem.

Kim performed a one-woman show called “Straightening Combs” to sell-out crowds at the Pittsburgh Playwrights Theatre. In the play she tackles complex issues such as self-esteem, skin color and domestic violence.

Women of Soul: In Performance at The White House

Your Stylish Ways – Don’t You Just Love a Slingback?