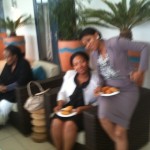 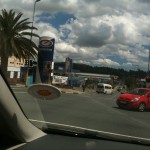 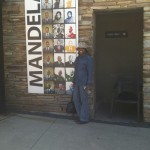 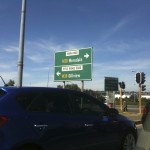 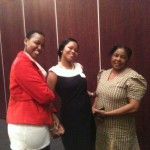 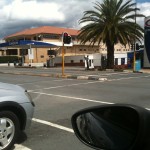 It started out as a vision that was to expand across the sea to the motherland. Visionary African-American entrepreneur Lisa Harper and South African businesswoman Nthabi Ledwaba came together to launch a dream that would unite women business leaders from both sides of the Atlantic.

Lisa gathered a group of businesswomen from across America and Nthabi tapped into her professional colleagues in South Africa to find likeminded ladies ready to expand their entrepreneurial network on a global level.  Together they created the African American & South African Women Entrepreneur’s Empowerment Forum (AASWEE). Held at the Fairway Hotel in Johannesburg earlier this year, the theme for this two-day forum was, “Accentuating and Identifying Areas of Achieving Women’s Empowerment and Collaboration”.

I was fortunate enough to be one of the delegates selected to travel to Johannesburg to share and exchange information on collaboration and building business relationships with S. African Women Business Owners. The 18-hour flight included one layover. The women came from cities across America and diverse backgrounds, offering a broad range of expertise. Some of the topics covered were brand building, developing female entrepreneurs, obtaining contracts, networking and being socially responsible in our professional and business endeavors.

The three-day excursion consisted of luncheons, fabulous dinners at a S. African women-owned business called (?)   and other gatherings where we were able to learn more about the country, the culture and the ways that both groups operated and dealt with the trials and tribulations of making success happen. There were more similarities than there were differences. These women were driven, tenacious and ambitious. They showed us a world that the media doesn’t often let us see.

As a result of Lisa and Nthabi’s efforts, we have since forged collaborations and shared experiences that both groups of women agreed were inspiring experiences that will have long-lasting and far-reaching impact.

Months later we still communicate with one another and there have been several business relationships established between the South African and African-American delegates.  Nthabi has since visited America to explore some of our universities.

What stood out most to me was how well the women worked together. It was a part of African life that we don’t normally see on television or even read about. The business owners in South Africa were as broad and diverse as those in America. They sold makeup, they owned spas, retail establishments and upscale restaurants.

Lisa’s vision includes taking this show on the road to other African countries to see what women are doing across the continent. “The future of the organization is to expand it to other African and Caribbean countries and to include an element for girl’s empowerment,” she told me.

Your Stylish Ways – Style is not a Price