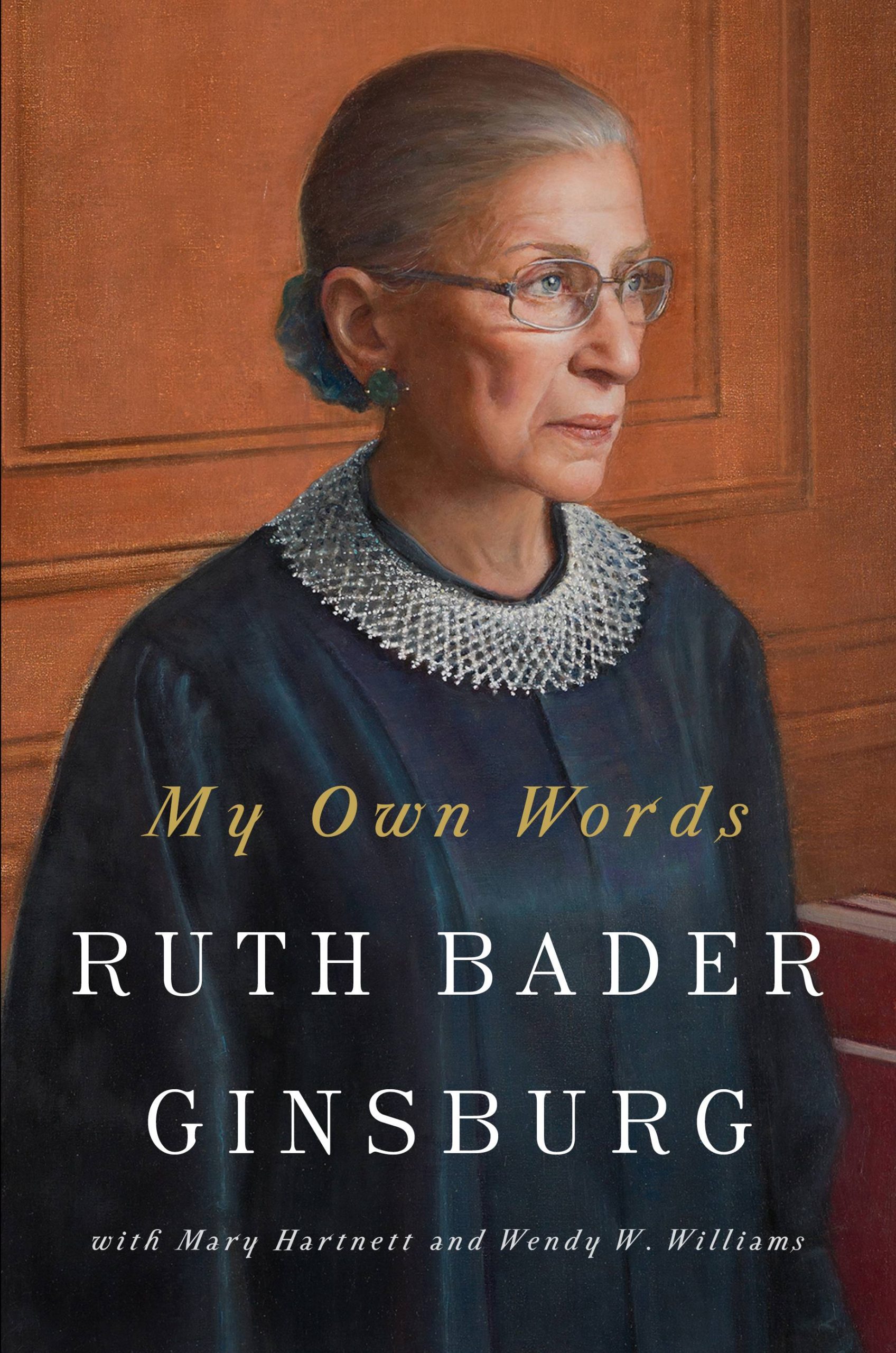 Please and Thank You.

Those were The Magic Words you learned at your mother’s knee, the ones that opened doors and gained favors. That was also when you learned something important, as you’ll see in “My Own Words” by Ruth Bader Ginsburg (with Mary Hartnett and Wendy W. Williams): letters, when properly collected, can move mountains.

Theirs was a close-knit neighborhood, and the family had many of the luxuries of the day. Bader attended public school a block from her home; there, because of other girls in her class who shared her first name, she started using her middle name “for more official purposes.” She was raised to be independent and was an avid reader, a notably talented storyteller, and she loved gymnastics but “was not… especially fond of math.” And since she grew up in the shadow of World War II and was Jewish, she was fully aware of anti-Semitism.

Even as a child young Bader chafed at inequality and “hypocritical rules.” She was also eloquent in her writing and was first published (in a Jewish Center newsletter) at age 13. Her leadership skills apparent, she entered Cornell University the fall after graduation from high school; there, she was greatly influenced by two teachers, novelist and European lit professor Vladimir Nabokov, and constitutional scholar Robert E. Cushman. The latter man “encouraged Ruth to go to law school.”

In mid-2003, co-authors Williams and Hartnett approached Bader Ginsburg and pointed out that it was time for her to tell her story, before someone else did. She had known both Williams and Hartnett for years through mutual interests and similar work, so “Without hesitation, I said yes to their proposal.”

In her preface, author and Supreme Court Justice Ruth Bader Ginsburg says that “My Own Words” was meant to be written after a planned biography but her co-authors “thought it best” to wait on the biography until her “Court years neared completion.”  They “flipped the projected publication order…”

You’ll hang onto every word of Ginsburg’s life story. It’s everything you’d expect from her, and it surely won’t disappoint readers. What will, though, is that “My Own Words” aren’t always her own words. Yes, you’ll read transcripts of speeches by Ginsburg, legal briefs, bench announcements, introductions, and wisdom inside law review articles. Yes, you’ll see her fierce strength in that which she firmly believed. But a good amount of this book consists of verious-length essays, speeches, and articles written by others about Ginsburg, including things written by her co-authors. That could be a disappointment; the written speeches and judgments are okay, but a biography…?  Wait for it.

This Is. Not. A bad book.  It’s just not what you might expect, so be warned. If you want more biography, fewer essays, be patient; it’s likely to be coming. In the meantime, “My Own Words” will please you.

“My Own Words” by Ruth Bader Ginsburg with Mary Hartnett and Wendy W. Williams

Between the Pages: Fed-Up with Violence against Women & Girls?

Trends: What is in The Future for Your Business?

I Know Why You’re Single, Sis

How Do You Define Style?